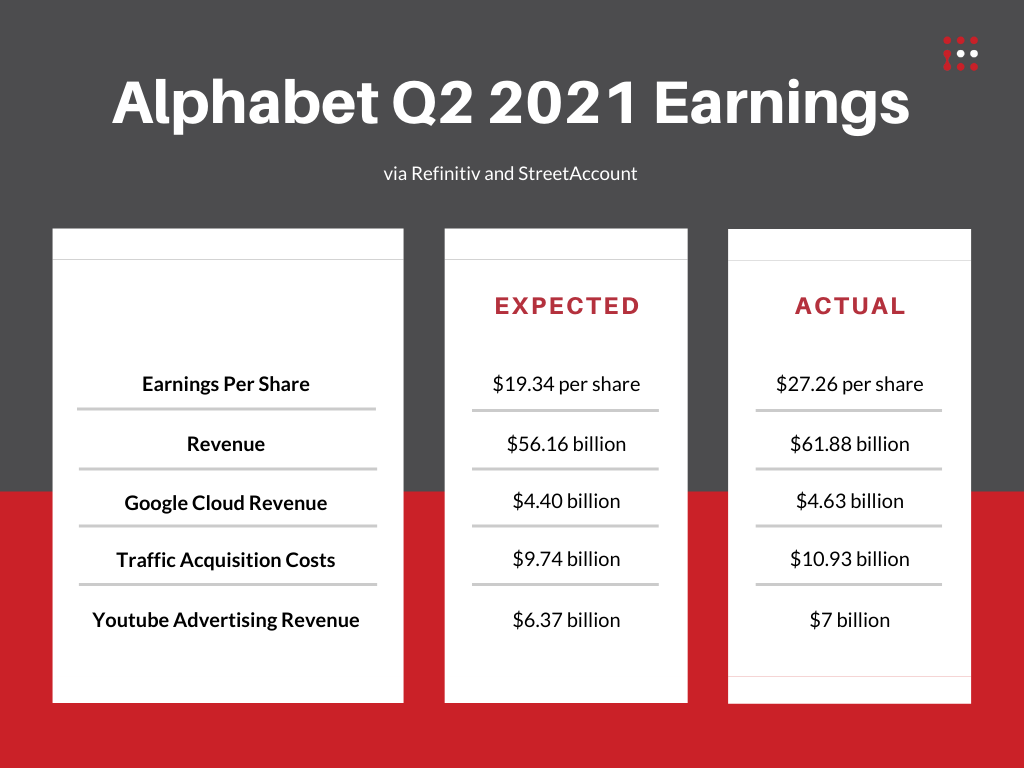 Alphabet Inc. shares spiked after the release of its Q2 2021 results that saw a boost in advertising sales as well as massively beating revenue estimates. Google’s parent company is seeing a dramatic shift in its product mix, with mobile under-reporters converting at higher rates and advertisers bolstering their ad spending, which is fueling much of the top-line growth.

The annualized Google ad revenue is now $50.44 billion, up 69% from the previous year, which was hurt by the onset of the pandemic. According to Google’s chief business officer, Philipp Schindler, the largest contributor to the company’s ad growth was retail.

YouTube might not be the first place you’d think of to generate a lot of revenue, but it is one of the most popular sites on the internet. In fact, YouTube has grown into a significant source of Alphabet’s ad revenue, while also generating revenue through YouTube TV subscriptions and premium subscriptions. What started as a small video-sharing website has now grown into a monstrous $7 billion global business. Up 83% from last year, drawing close to Netflix’s quarterly revenue, which was $7.34 billion.

Schindler stated connected TV is the fastest growing medium with over 120 million people watching YouTube on their TVs every month. Sundar Pichai, the CEO of Alphabet, said that YouTube Shorts (a service that competes with TikTok) had surpassed 15 billion hits per day. This was up from 6.5 billion hits per day in March.

Investor Mark Shmulik said that YouTube ad revenue has skyrocketed; subscriptions are a key driver of Google’s Other business division. Google continues to pursue linear TV ad money to supplement the incremental audience of advertisers. Digital advertising is increasingly popular, even as the economy sours, Google and YouTube are outstripping their competitors at a time when everyone is bleeding ad revenues, added by Barclays analyst Ross Sandler.

Google’s cloud business is also thriving, as it shows in the company’s most recent earnings report. The revenue of Google Cloud increased 66% (from $3.01 billion to $4.63 billion). The cloud business includes data analytics and storage platforms, collaboration tools such as Google Docs and Sheets. It had a 591 million dollar loss, which is a dramatic improvement over last year’s billion-dollar loss.

The company’s accounting change related to the useful lifespan of its server and network equipment also took effect at the beginning of the year - a quarterly net benefit of $561 million and EPS benefit of $0.83.

It is still too early to forecast the longer-term trends as markets reopen, especially given that Covid case rates have been growing steadily, expected by Alphabet chief financial officer Ruth Porat, “more muted tailwind revenues in the third quarter.”

So, what are your thoughts? Should Netflix be afraid of Youtube?

[Case Study] NELK Boys: Behind the scenes of their multi-million dollar business 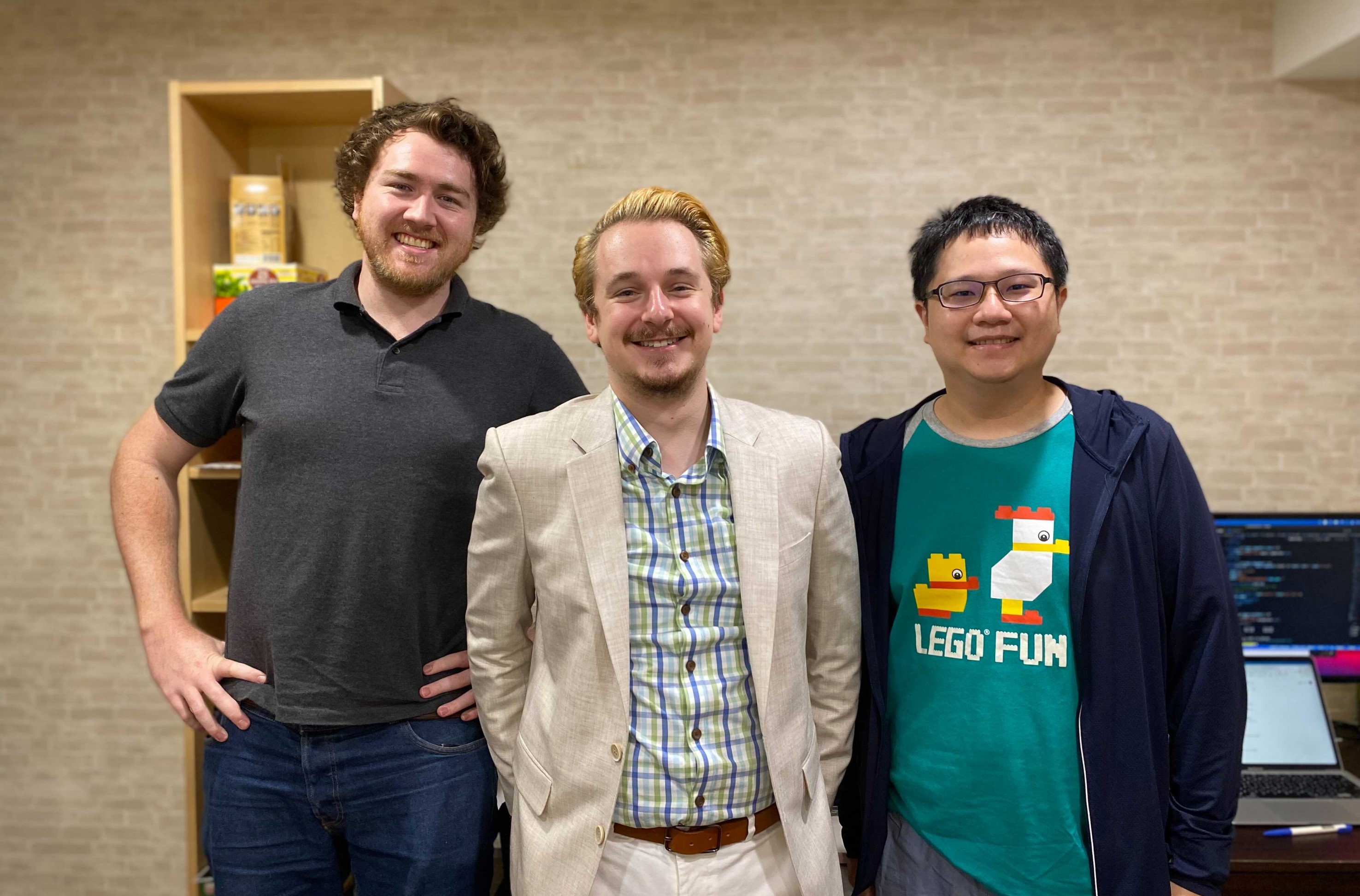 With the rise of new and innovative influencer data platforms and increasingly diverse social media creators, the influencer marketing industry continues to boom in 2021. We take a look at 5 key trends to keep an eye for. 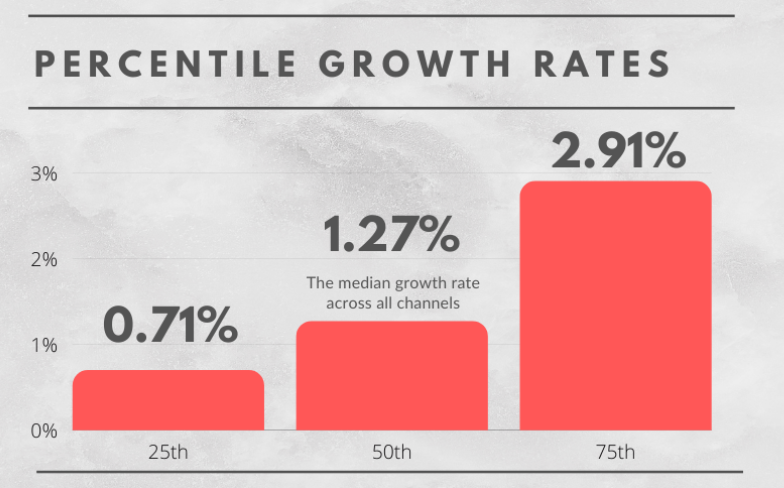 A channel’s growth rate provides marketers with an excellent measure of a creator’s potential for cost-effective influencer marketing. Channel’s don’t just grow with time, they grow with the hard work and care of the creator behind them. High growth rates, therefore, are a solid sign of dedicated creators working hard, the exact kind of influencers you want to work with...